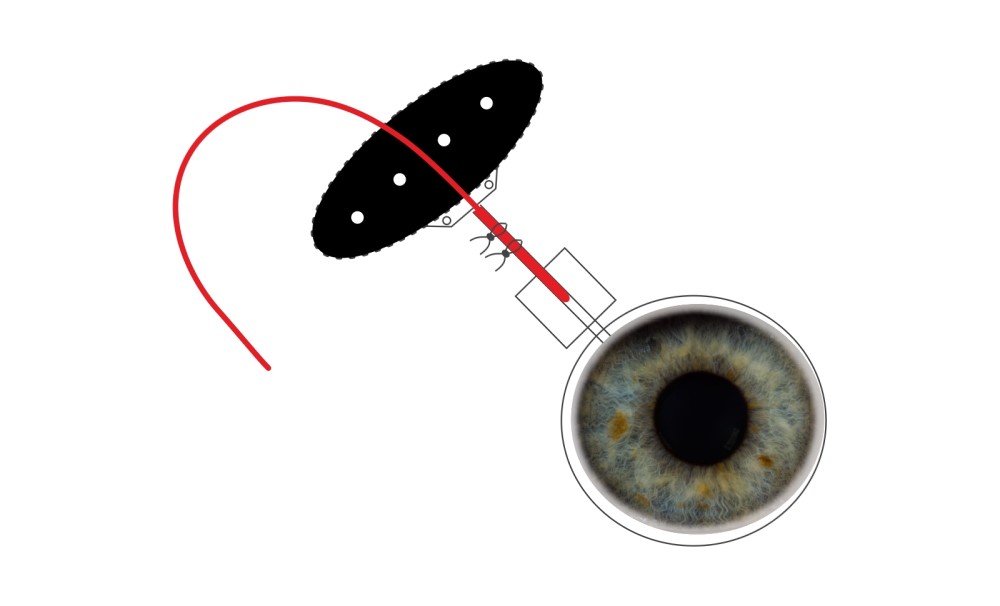 Pressure can be manipulated in many different ways: medical, laser or surgical. Surgical intervention can have many guises, including minimally invasive surgery, which tends to be an excellent choice in early disease. Some patients may require filtration surgery, with the traditional technique being trabeculectomy. However, in situations where a trabeculectomy has failed or likely to fail, tube shunt should be considered.

What is a tube?

The basic design of every shunt is a silicone tube connecting the interior of the eye to a plate, secured in the space underneath the superficial skin of the eye. Hence it creates a conduit between:

The tube is initially blocked with a large suture inside the hollow lumen: without this the fluid of the eye would ‘gush’ out of the tube, causing the pressure in the eye to go dangerously low. A pressure of less than 5mmHg is called hypotony and occasionally this needs to be treated.

With time, the plate of the tube develops resistance, causing the pressure to go up. Hence around the two-month time frame, the large suture is safely removed in theatre to enable the flow of the tube to be optimal. It is always safer to do remove this ‘tube blocking stitch’ in theatre at approximately two months due to:

It can be conceptualised that creating a tract from inside the eye to the surface can potentially cause an entry port for microbes within the ocular surface into the eye. This of course is critical to avoid and is done so by meticulous closure of the ‘skin of the eye’, called the conjunctiva. Hence, once the plate is firmly secured onto the surface of the eye, the following steps are taken to ensure the tube is not exposed or erodes through the surface:

Where do we put the tube?
Most commonly used are non-valved tubes, enabling fluid to flow freely from inside the eye:

Furthermore, choices exist as to where to place the tube inside the eye. Key determinants that modulate the choice of implantation include:

Common scenarios where a tube may not be sensible

Amongst other parameters, the AVB study looked at patients undergoing Baerveldt tube surgery. The following results in 114 patients having this type of tube were noted at baseline and at five years:

An interesting point is raised here which should be emphasised. In other types of glaucoma surgery, the aim is to be without drops (so called complete success). However, with tube surgery this is usually not possible. Drops will be required to work synergistically with the shunt to achieve the desired level of pressure. This expectation of qualified success is important to note and be aware of prior to undertaking surgery.